Download and installation instructions are available for Windows, Linux, and Mac OS X.

0 A.D. is free software. This means you are free to download, redistribute, modify and contribute to the application under the same licenses (GPL v2 or a later version for code and Creative Commons Attribution Share-Alike 3.0 for artwork, see license).

Although you might find some people selling copies of 0 A.D., either over the internet or on physical media, you will always have the option to download 0 A.D. completely gratis, directly from the developers. No “freemium” model, no in-game advertising, no catch.

END_OF_DOCUMENT_TOKEN_TO_BE_REPLACED

0 A.D. has a new Project Leader, was presented at an event in Toulouse, and is well on its way to have the new unit models implemented.

END_OF_DOCUMENT_TOKEN_TO_BE_REPLACED

In this progress update we tell you a sample of what we have been up to since the last Alpha release. We have added new Seleucid buildings, more work has been done on animations for the new unit models and last but not least we’d like to tell you what Omri Lahav, our composer has been up to. END_OF_DOCUMENT_TOKEN_TO_BE_REPLACED

Wildfire Games, an international group of volunteer game developers, proudly announces the release of “0 A.D. Alpha 20 Timosthenes”, the twentieth Alpha version of 0 A.D., a free, open-source game of ancient warfare. This Alpha features 10 new maps, core functionality for a cinematic in-game camera, the ability to share dropsites with your allies, and more! 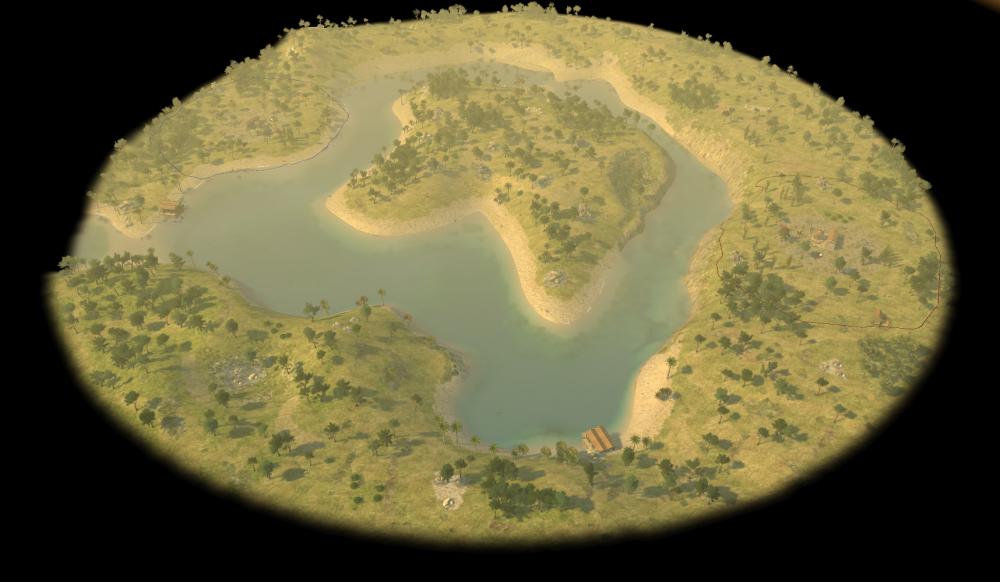 END_OF_DOCUMENT_TOKEN_TO_BE_REPLACED

Update on the fundraiser we had in 2013

Thank you for your patience, this has taken a lot longer than we hoped for, and we are sorry for this. We are also sorry for the lack of updates, but wanted to wait until we were absolutely sure the perks were going out soon before we contacted you again so we wouldn’t make any false promises. Now we have ordered things and they will soon be sent to the shipping agency (the first have already arrived) which will package things and send them out to you.

If you have moved since the survey we sent last year, please send an email to fundraiser@wildfiregames.com as soon as possible so we can make sure the perks reach you.

Please reply as soon as possible, after everything has reached the shipping agency we want to have it sent out as soon as possible. After the first of November we will send things out, if you for some reason don’t see this until after that date and have moved the package might have trouble reaching you. Unfortunately there isn’t much we can do about it, apart from trying to make sure everyone notices this. If you know someone who has contributed, but who might have missed this, please let them know.

If your perk level includes Ancient Warfare Magazine subscriptions you should have gotten an email from feneur@gmail.com. If you never got it, please contact us as soon as possible so we can get those taken care of as well.

Some quick questions and answers:
If I haven’t moved, will I have to do anything? No, but you might get your perks sooner if you do: things are sent out either when we get an email or when the time limit has been met.

What has happened with the money donated? Some of it went to covering the fees from Indiegogo and SPI (SPI manages our money). Some of it covers the perks, and some of it will be spent directly on the development on the game.

So, how will you use the money now? As it is not as much money as we hoped it will be harder to find someone who is able to set aside time to work on the game, especially since the person should already be familiar with the game code to make the most of the time. We will definitely not spend the money on something else though, and will keep you posted as soon as something has been decided.

END_OF_DOCUMENT_TOKEN_TO_BE_REPLACED

Wildfire Games, the international group of volunteers developing 0 A.D., is happy to present this 0 A.D. development report.
If you want to find out more about the development of this open-source, cross-platform real-time strategy game or if you are interested in game development in general, it might provide an interesting read.

If you want to be part of this project, we urge you to post your application in our forums or just grab a task from our list of open tickets and get right to it. We are currently looking for Gameplay, AI, Sound and Graphics Programmers along with Animators and 3D & texture artists. You prefer to do something else than programming or drawing? Luckily for your portfolio we are also looking for Video Editors, a Documentation Manager and Scenario Designers. Still no luck? Head to our forums and join our active community!

!!! We are in need of programmers and animators! If you are one, redirect yourself to this thread. Your contributions are crucial !!!

END_OF_DOCUMENT_TOKEN_TO_BE_REPLACED

We’ve recently sent out a survey asking for some more information (e.g. t-shirt size, if the address still is accurate etc) so we can send out the perks for the IndieGogo campaign. Most people have now replied, but we are still lacking a few answers. We will make a final attempt to reach these people via “snail mail”, but want to try once more to reach people via the web. If you did contribute to the IndieGogo campaign (on the Donator level or above) and haven’t received an email asking you to complete a survey, please check your spam folder, and if it’s not there please send an email to fundraiser@wildfiregames.com .

We hope to be able to send out the perks soon, and once again want to thank everyone for yourr contributions and your patience. With recent games such as Red Dead Redemption, Left 4 Dead 2, and The Last of Us being hugely successful,
we have decided to change the overall direction of 0 A.D. so that it can appeal to a wider audience. We have many gameplay changes planned, such as removing the Roman faction and replacing it with
an AI controlled horde of zombies. This transformation will probably take a few weeks to complete. The name Apocalypse of the Dead works well with our current title 0 A.D. because it means we don’t have
to purchase new domain names. The ‘0’ therefore signifies the start of the apocalypse. Wildfire Games, the international group of volunteers developing 0 A.D., is happy to present this week’s 0 A.D. development report.
If you want to find out more about the development of this open-source, cross-platform real-time strategy game or if you are interested in game development in general, it might provide an interesting read.

Screenshot of the Month

Enrique’s new horses (WIP). Animated transparent manes and moving armor are also in the pipeline (thanks to Wraitii).