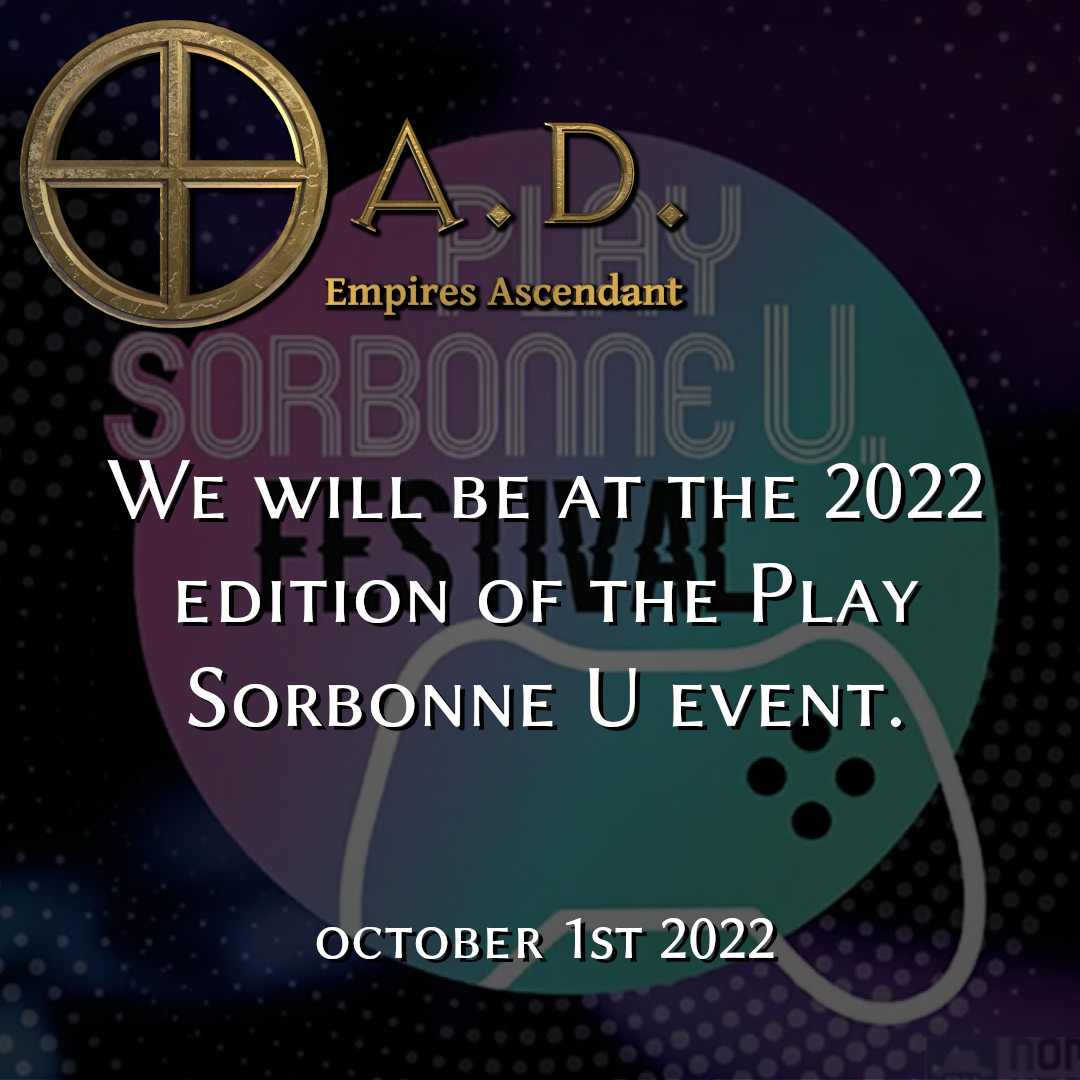 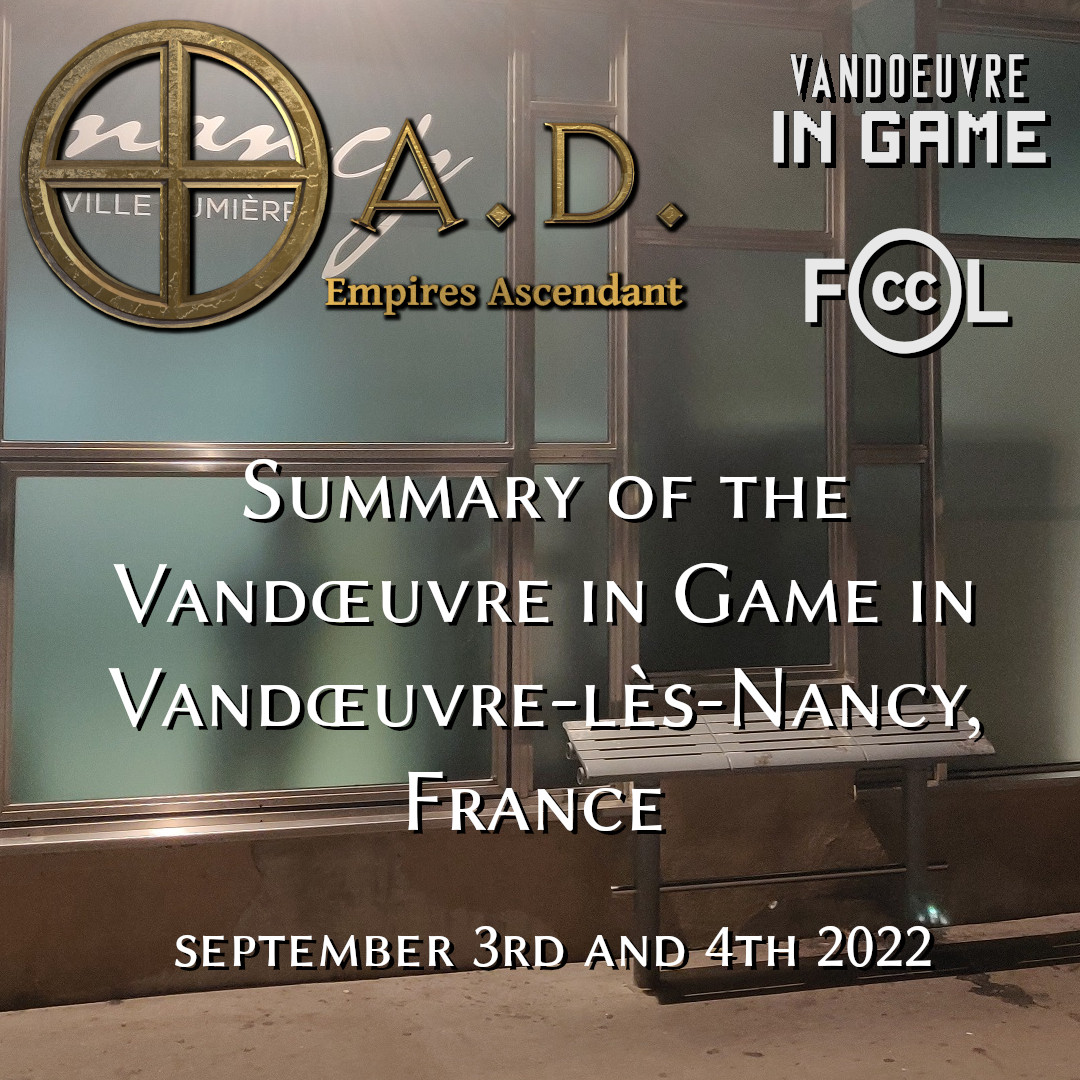 Summary of attendance of the Vandœuvre-In-Game

From the 2nd to the 3rd of September, I held a booth in Vandœuvre-lès-Nancy, France. It was a rather small event compared to the previous ones. We had a booth very close to the main stage, and there was a lot of noise. The FCCL gracefully lent us two Ubuntu desktop machines.

I also gave a one-hour conference (in French) you can find it here on PeerTube: FCCL: Conference 0 A.D. – PeerTube Vandœuvre (vandoeuvre.net)

We didn’t really meet our audience there, but I’ve met a few people like the Reverse Gaming company which we might recontact in the future to organize an e-sport event, as well as some other people that took my contact info.

We got a short mention in a local paper called “L’Est Républicain”.
Feel free to ask your questions and check the pictures here!
The next event will take place in Paris, France the 1st of October. Hope to see some people there.
Thanks to all the people I met for the kind words and the constructive feedback, and thanks to the organizers and all the staff behind the Vandoeuvre-In-Game for allowing me to participate and for creating such a lovely event and their 364.50€ donation to SPI for the intervention.

Wildfire Games, an international group of volunteer game developers, proudly announces the release of 0 A.D. Alpha 26: “Zhuangzi” (pronounced: /ˈʒwæŋˈziː/), the twenty-sixth alpha version of 0 A.D., a free, open-source real-time strategy game of ancient warfare. The release is named after the ancient Chinese philosopher Zhuang Zhou, who is better known as Zhuangzi and who wrote one of the most influential texts in Taoism.

Download and installation instructions are available for Windows, Linux, and macOS.
0 A.D. is free software. This means you can download, redistribute, modify and contribute to the application under the same licenses: GNU Public Licence version 2 (GPL v2) for code and Creative Commons Attribution Share-Alike 3.0 (CC-BY-SA 3.0) for artwork.
Although you might find some people selling copies of 0 A.D., either over the internet or on physical media, you will always have the option to download 0 A.D. completely gratis, directly from the developers. No “freemium” model, no in-game advertising, no catch.

Don’t forget to deactivate every mod before updating the game to avoid any risk of conflict.
If you’re a mod creator, please look at this page on how to port your mod to the new version. As always feel free to reach out to us for assistance.

END_OF_DOCUMENT_TOKEN_TO_BE_REPLACED 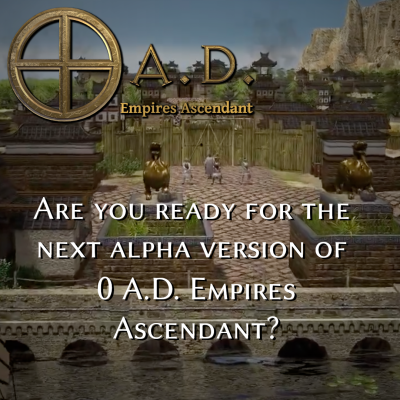 The next alpha is just around the corner! After a painful feature freeze period, we finally managed to fix the biggest bugs, and we are now ready to release.

We’re just ironing a few details like the announcement and the trailer, and we hope you’ll enjoy this new version as much as the previous ones.