Wildfire Games, the international group of volunteers developing 0 A.D., are happy to present this week’s 0 A.D. development report.
If you want to find out more about the development of this open-source, cross-platform real-time strategy game or if you are interested in game development in general, it might be an interesting read.

If you want to be part of this project, we urge you to post your application in our forums. We are currently looking for Gameplay, AI, Sound and Graphics Programmers along with Animators and 3D & texture artists. You prefer to do something else than programming or drawing? Luckily for your portfolio we are also looking for a Sound Lead, Video Editors, a Documentation Manager and Scenario Designers. Still no luck? Head to our forums and join our active community!

It has been almost a month since last report, due to the feature and commit freeze leading to the release of Alpha 11. Progress (read: commits) is again speeding up, so the weekly report is back!

Screenshot of the Week

Enrique brought the Hanging Gardens of Babylon back to life. Judge for yourself! 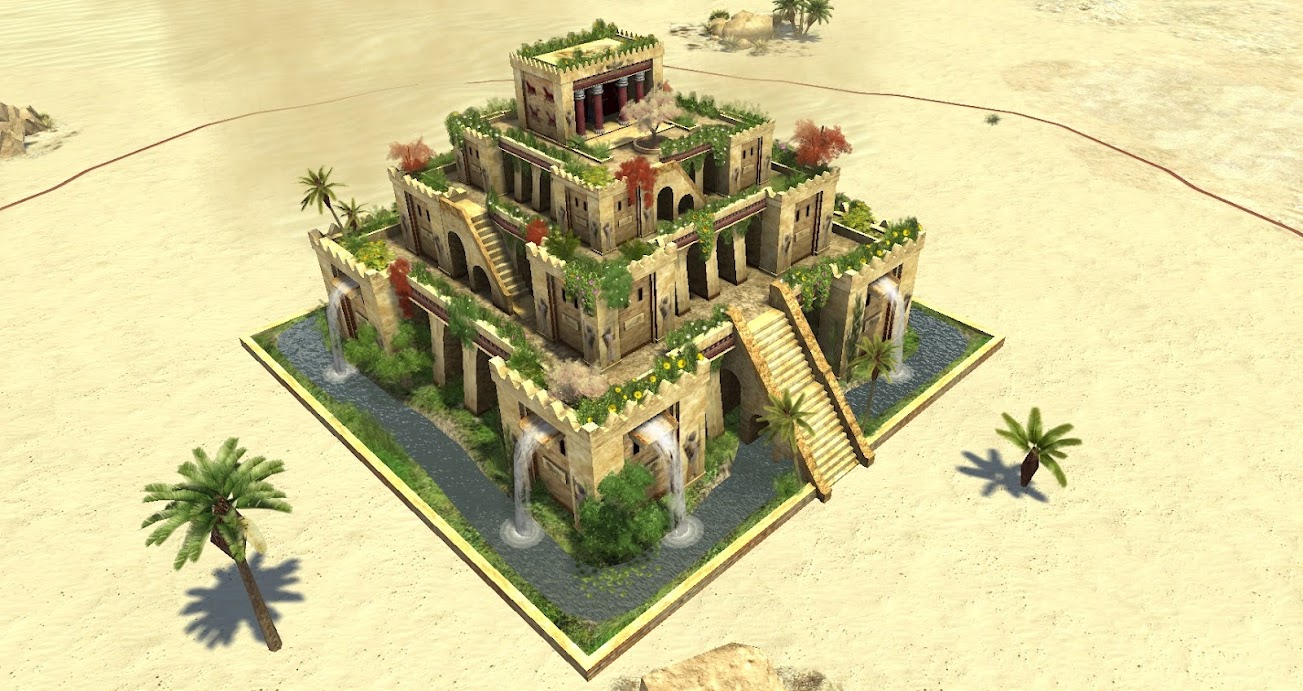 Enrique has been putting the final touches on the Persian wonder. He also committed some new buildings for the Hellenic factions (a library for the Macedonians and the syssition for the Spartans). Now he is working on Mauryan building modules.
Pureon has been working on new icons and a new, yet unrevealed building for the Britons. He is also brushing up on his jQuery skills to build an interactive faction map. Last but not least he committed some new GUI tile backgrounds.
Myconid has been helping Enrique with shaders for the water & waterfalls for the Persian wonder. In addition he kept working on the Post-processing Manager, which will allow us to customize the graphical effects.
Spahbod recently added new options to the match setup screen. Now you can set a population cap and choose the amount of resources that you start with.
Stwf kept working on improving the sound manager, including a new threaded sound manager and proper distance roll off.
Mythos_Ruler has done some work on the Persians.
Historic_bruno implemented vision/range? and health/max? tech modification. This will support additional technologies. He also applied some patches like Fcollada build fix by pcpa, a GNU/kFreeBSD build fix by vincent and a ‘force attack’ hotkey to destroy enemy farms f.e., by quonter.
Quantumstated fixed some formatting in Attack.js, and added a fix to avoid a technology from being queued multiple times.

Omri Lahav is looking for French horn players and people who are fluent in ancient languages. Did we mention he recently decided to compose a couple of unique tracks for every faction ingame?

Check back next week for more development news!