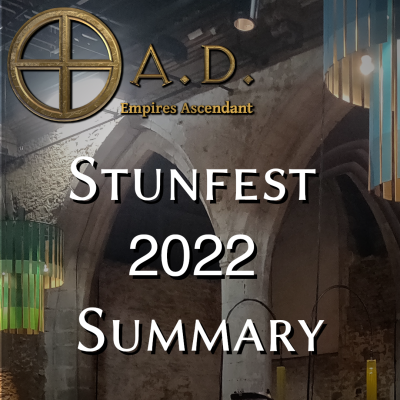 From the 20th to the 22nd of May I held a booth in Rennes, France for the Stunfest. This was the first public event since the COVID so I was very excited to be able to meet people again. So I took my train ticket and my event stuff and headed to the nearest train station!

This was, to my knowledge the first event Wildfire Games attended that was 100% video-game oriented. This happens to be interesting because we are usually outsiders in the open source events we do (Capitole du Libre (CDL), Journées du Logiciel Libre (JDLL), Rencontres Mondiales du Logiciel Libre (RMLL), FOSDEM, GrafikLabor) as there are generally not that many games present. Most people are quite surprised we even exist

In this case, we were still a bit apart because we were the only FLOSS game/project. People were quite surprised to see we were free and that while being a 22-year-old project they had never heard of us. They were even more surprised to learn we were only volunteers.

It was also the occasion to meet game developers from various studios and to get feedback from the video game industry. We did get a lot of positive feedback in general and some suggestions on how to make the UX/UI nicer. One suggestion was to make the popup when hovering over buildings static, instead of changing on mouse move, the other was to add chat bubbles instead of the wall of text in the tutorial.

Unfortunately, I was not able to set up a networked game, as it would just timeout when trying to connect whether through direct connect or the lobby probably something wrong with the network there. It was however not a big deal, as to the exception of a few people, most didn’t stay long to play.

I gave three interviews, a short one for the event, one for the “La Playade” podcast, and one more in-depth for the“Pettri” They should be available (in French) in the coming weeks.

A few people seemed interested in the engine for various purposes someone expressed his will to represent prehistoric civilizations in it and another for representing a Conan Themed live action roleplay and some for undisclosed academic activities. We were also apparently (I could not attend) mentioned by a Rennes representative during the opening presentation to promote open source.

Thanks to all the people I met for the kind words and the constructive feedback, and thanks to the organizers and all the staff behind the Stunfest for allowing me to participate by creating such a nice event! 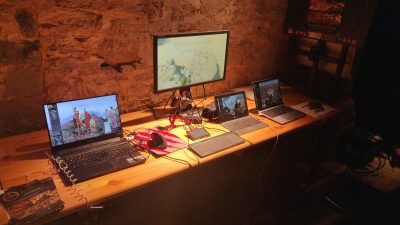 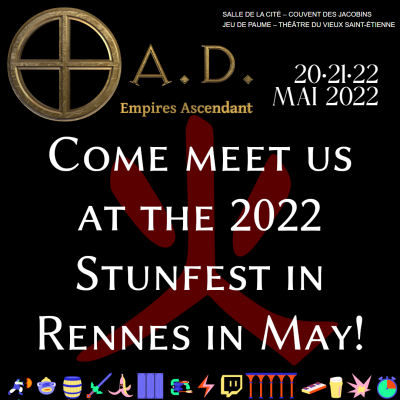 We will be holding a booth for three days in Rennes, France on the 20th-21st and 22nd of May 2022
More info about the Stunfest event can be found here: https://www.stunfest.com/