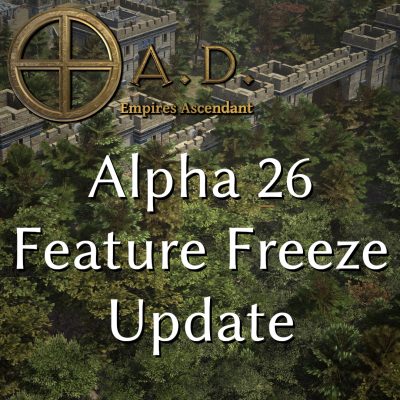 The date of the 6th of March 2022 at 23.59 CET was the beginning of the 0 A.D. Alpha 26 Feature Freeze, a major precursor to the actual release of the new alpha version of the game. Since then we have been trying to get the new release ready for your hands.

What happened after the 6th of March?

We currently have seven release blockers tickets on the milestone. As their name suggest those bugs or issues prevent the release. As long as they are not fixed we cannot release another version. You can find more information about them here:

Once those are fixed, we are going to release the first release candidate test bundle to make sure there are no more outstanding bugs.

When Will Alpha 26 Officially be Released?

Until the release blockers are fixed, we cannot provide a date.

As the current version is currently unstable, we will not release pre built bundles. You can however still install the development version and test it extensively.

You can also help by fixing the bugs or offering programming advice, or reaching out to people you know that might be able to help.

If you have a M1 Mac you can also test the Alpha 25b test bundle. See this thread. If the tests are conclusive, we might be able to provide a version for A26.

What can I expect from Alpha 26?

How can I update my mod to be ready for the release?

See wiki:Port A25 to A26 and download the development version. 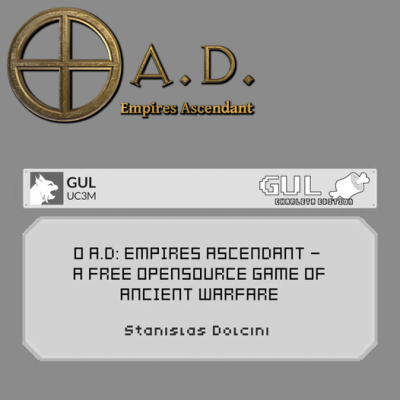 Checkout the latest 0 A.D. interview on YouTube: https://www.youtube-nocookie.com/embed/RqosN47Or14   to understand how you can contribute

Come test the native ARM build for Alpha 25b! It should give you a significant performance boost over the default one. Make sure to enable GLSL in the options.
Get it from here! 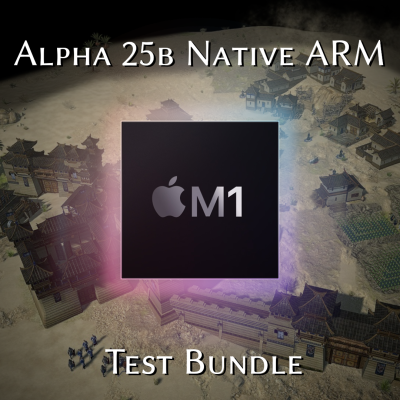